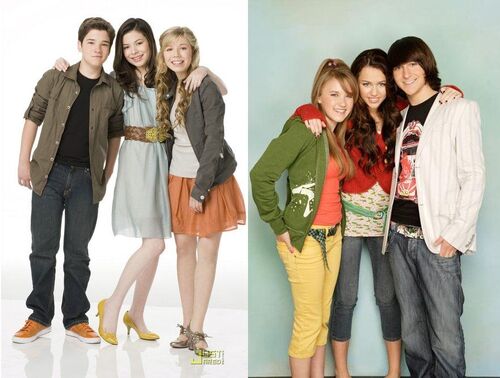 It's a battle against both of Miranda Cosgrove's "iCarly" on Nickelodeon and Miley Cyrus' "Hannah Montana". Co-stars Jennette McCurdy and Nathan Kress are with Cosgrove within Emily Osment and Mitchel Musso are with Cyrus.

What team are you guys on? Team iCarly or Team Hannah? Do you like both? Or do you think both are dumb, stupid and crappy and whatever the hell you kids think?