Bragging rights at the box office have spawned a heated battle between 'Clash of the Titans' and 'Date Night,' but 'Best Friends Forever: The Movie' goes really big and will take over. Aided by higher 3D prices, Warner Bros. may still come out to second over Fox. Even with the tepid numbers generated by this edition of the Weekend Final Five, the studios will rage hard into the day in the name of media perception.

It's a duel! Warner Bros. and 20th Century Fox are already pulling out all the stops in a heated contest for the weekend's box office number one. If early estimates hold, last week's mega champ "Clash of the Titans" will have retained the top spot for a second weekend in a row, an important distinction in studio life. But North Pole Elementary: The Sequel will not be stopped by the champ's luck, but seems like that its' not doing so well as it was falling behind Date, Dragon and Clash on Saturday, and will it still make it to the top?

However, after being drubbed by critics and fighting negative word of mouth, will it be Fox's comedy newcomer "Date Night" starring Tina Fey and Steve Carell pull an upset and claim pole position from "Titans?"

Even if audiences proved less than interested in the offerings currently at the multiplex, a battle is now in full swing despite the lukewarm numbers. Expect further information as the weekend's box office totals are confirmed.

In the meantime, here's the preliminary Weekend Final Five estimates as reported by the ever reliable Nikke Finke in her Deadline.com website:

The movie is based onto Disney Channel's hit show, North Pole Elementary. In movies, two years ago, the students goes on their vacation to Miami, till Cassie and Zack ended up to the wrong direction, where they're in Tennessee. Meanwhile, Nick, Sasha, Amy and Chris) goes on a road trip to Tennessee to rescue them for the funniest and fun movie for the youngsters with North Pole Elementary: The Movie in the big screen. Two years later, they're back in all new adventure. The students at this time took their vacation to Disneyland for spring break, till the bad boys into their school will destroy it and ruin their and everyone else's dreams. Sasha will use her popularity to keep her music life together to save Disneyland.

Finke commented that one studio executive joked to her that "Clash" "fell faster than John Edwards' presidential hopes." But crash it did by a whopping 68% which is worrisome, but expected after such a powerful opening weekend over Easter. Count on higher numbers from 3D theaters to help shore up the gap. (Finke did raise a good point on 3D. Perhaps it is time to separate such figures from overall reports and keep 2D and 3D as separate entries. A very good idea, if you think about it.)

With a photo finish at stake, those TV titans known as Steve Carell and Tina Fey worked hard to get audiences to schedule "Date Night" into their weekend plans. When tracking proved a bit lackluster, Fox reportedly downsized their box office expectations. Chances are the studio will crow about its strong performance as numbers reveal it actually outperformed its initial projected figures. Still, given the aggressive push for "Date Night," it remains a decent rather than stellar opening in a session woefully missing a good comedy right now.

Apparently even "Dragon" was in the box office fight club, but Saturday's numbers put it out of contention for number two in the end. (By the way, why isn't this utterly charming and emotional resonant animated film not a bigger hit? One of the best titles at the multiplex right now, "Dragon" is the first Dreamworks Animation project in a while to really give Pixar and Disney a run for the money. If you haven't seen it, hop on your dragon with or without your kids now.

Has Tyler Perry already burned through his core audience? Given that this dramedy is performing behind the original, the film's drop off must be a little disappointing for the prolific filmmaker.

Team Miley must also be wondering why this new phase in the young performer's artistic life is struggling to break away from the tween crowd despite the Nicholas Sparks pedigree.

Casting an eye to next weekend, expect another battle royale as Lionsgate's "Kick-Ass" delivers a swift sucker punch of outrageousness to the competition. Also making its debut is the American remake of the brutal Brit comedy, "Death at a Funeral." Keep reading the Movie Examiners for more of today's box office story as it develops.

Angelenos seeking to discover more on the Weekend Final Five should click on Fandango for local theater and ticket information. 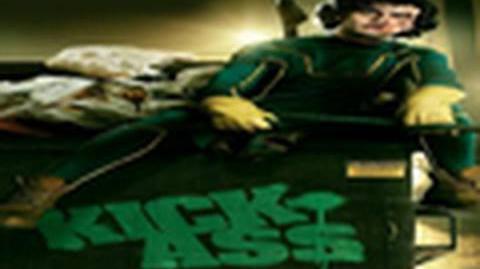