Sonic X: The Final Stand will be 3D and IMAX, but not IMAX 3D 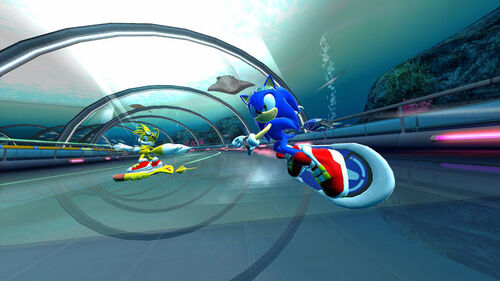 Sonic X: The Final Stand is being conflicted to release in Real D 3D and IMAX theaters. But it will not be in a 3D IMAX theaters for a choice.

20th Century Fox has already have 3D ticket prices higher paid than a IMAX 3D ticket prices, so the film will be in a 2D IMAX theaters instead. And for the fact, this film is filmed in 3D and not with IMAX 3D. Releasing in IMAX 3D will be very interesting.

Releasing in 2D IMAX with Real D 3D theaters is very simple for the film, as some fans won't make up an ultimate decision for which 3D will they decided to see the film.